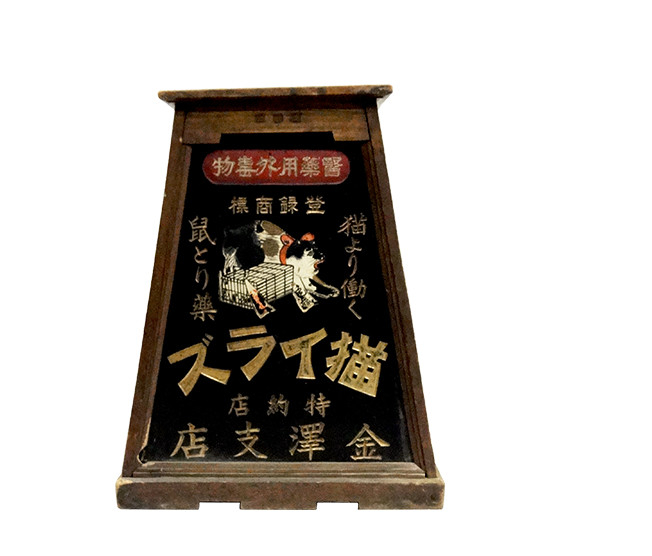 Signs can also be considered the origin of advertisements. They have a long history and show diverse changes in materials and forms with the changes in the times. 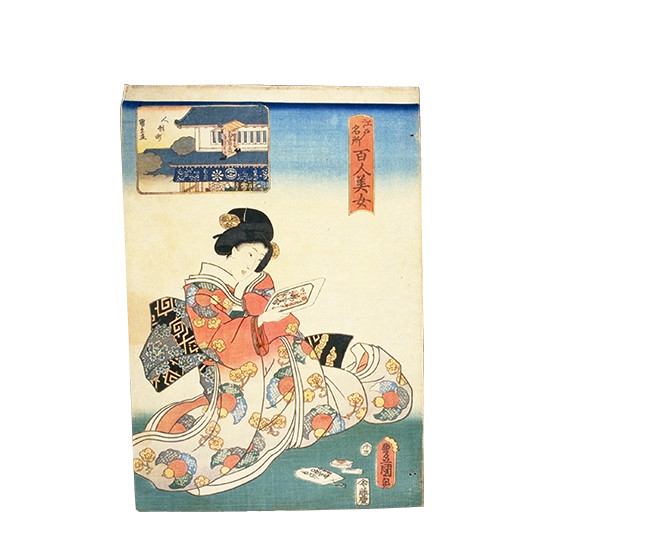 Characterized by multicolored woodblock printing, Nishiki-e not only served as a popular medium of entertainment for the masses in the Edo period, but also frequently doubled up as advertisements. 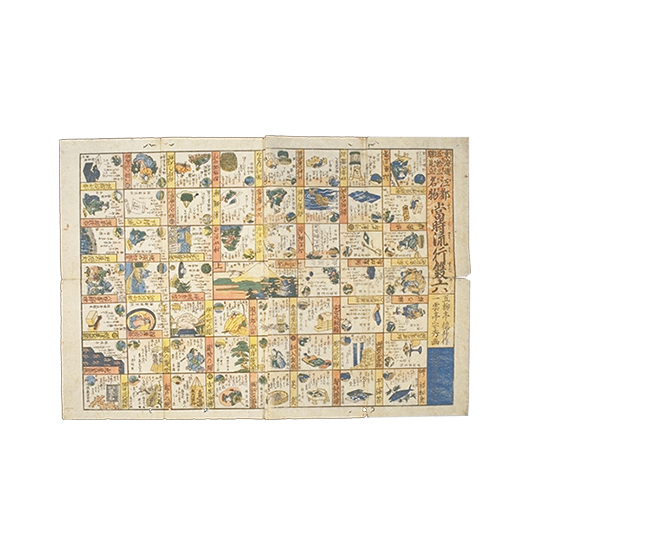 Ads esugoroku (Parcheesi) were made by adding names of products and shops to esugoroku, a game popular among common people. This aided effortless advertising while people enjoyed a game. 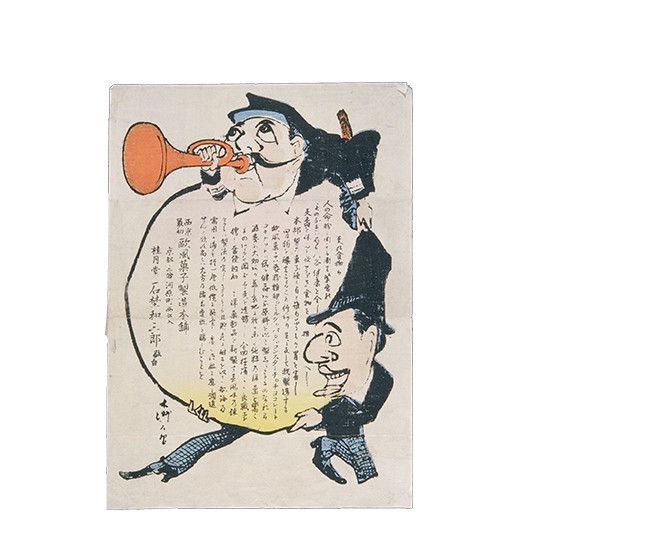 Hikifuda, the older form of flyers, have been widely used since the Edo period as an advertising medium that directly reaches the readers. 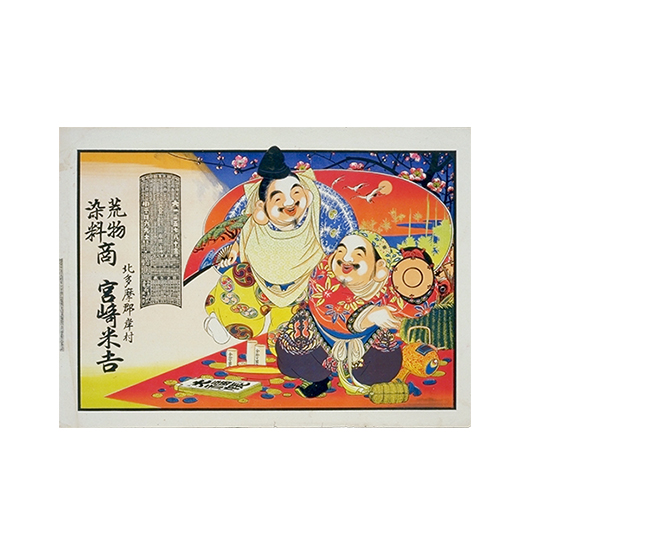 Ebira mostly had paintings of the god of good fortune or beautiful women on them and were distributed on the occasion of opening of new shops or as year-end and new year greetings. 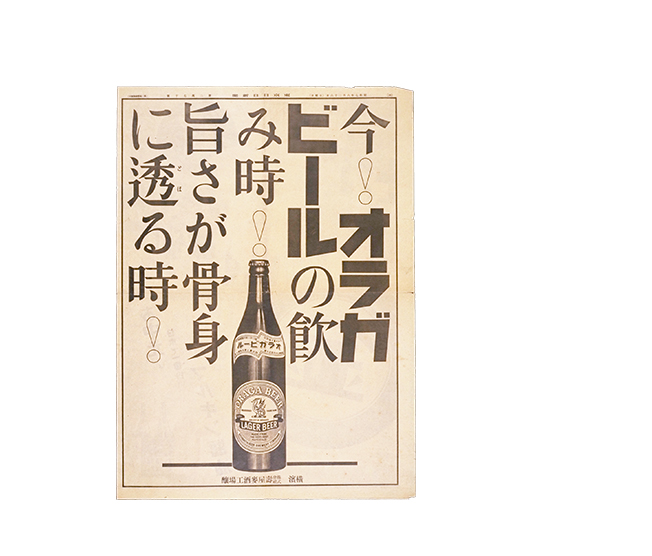 In the later part of the Meiji period, newspaper advertising increased as newspaper circulation expanded drastically. This was a precursor to mass media advertising. 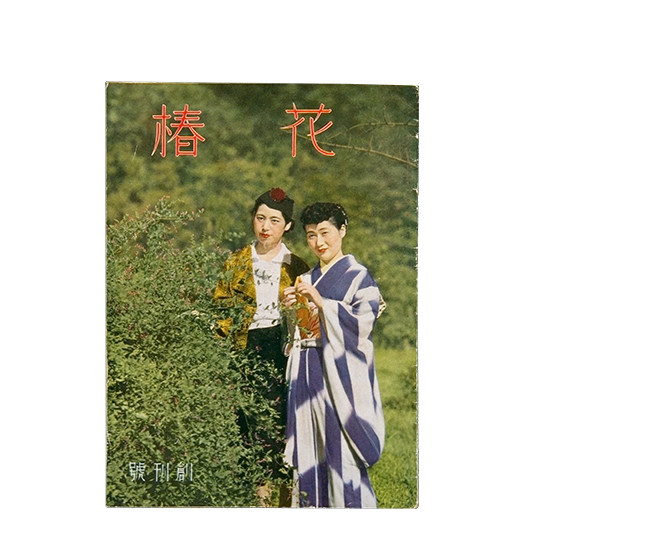 PR magazines appeared along with the emergence of the magazine culture in the Meiji period. These magazines competed to be unique by publishing product information, cultural articles and other content. 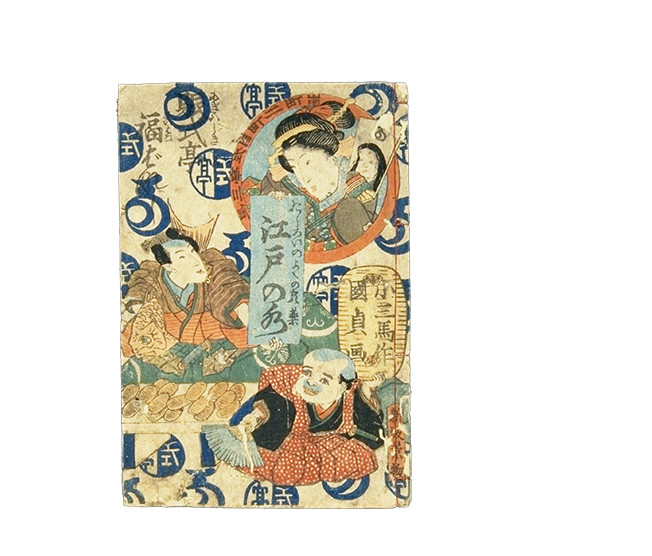 Premium and supplement goods marked the beginning of the custom of handing out small gifts in the Edo period. Most of the items distributed to the customers were very close to the daily lives of the common people, such as toys or games. 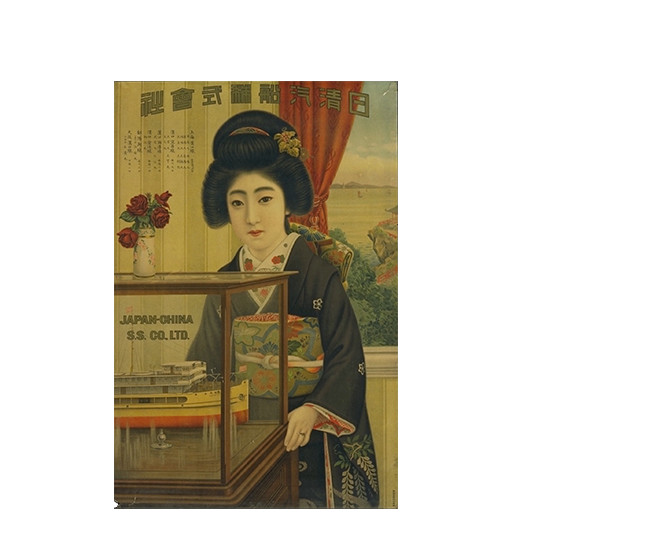 The early posters, which announced the beginning of the modern era, reflect the changes in the designs and printing culture of each period along with its industries and customs.